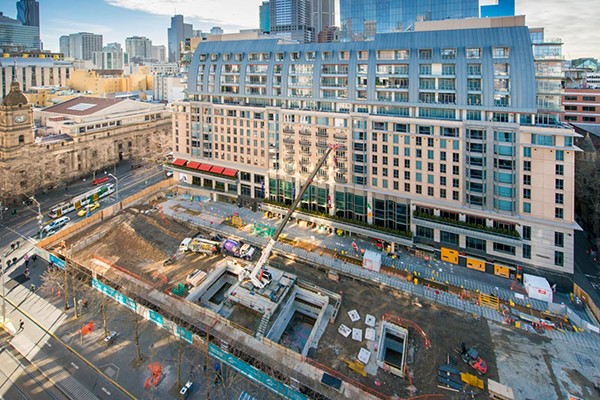 The last two tunnel boring machines (TBMs) have commenced boring underneath the Melbourne CBD in line with the continued progress being made on the Melbourne Metro Tunnel.

The first TBM named Millie, whose namesake is after Victoria’s first female MP Milli Peacock, will commence digging the first 1.7-kilometre tunnel between Anzac Station and the eastern entrance at South Yarra station.

The second TBM, named Alice is due to begin works on the second tunnel from the construction site located under St Kilda Road.

The first two TBMs broke through the western tunnel entrance in Feb 2020, after completing a 1-kilometre section of the train tunnel.

Strict protocols have been established for workers in the wake of the COVID-19 outbreak, which is estimated to slow down the construction.

The project is estimated to create 7000 jobs and will help the Victorian economy in its Coronavirus recovery.

Victorian Transport Infrastructure Minister, Jacinta Allan, says Victoria’s Big Build will be vital as the state recovers after the pandemic has passed.

“The Metro Tunnel team are doing an amazing job finding practical, safe ways of working, so we can continue building this urgently needed project in challenging circumstances,” she said.

The Victorian Government is working closely with our Big Build workforce, construction partners and unions to ensure works on vital road and rail projects can continue safely.