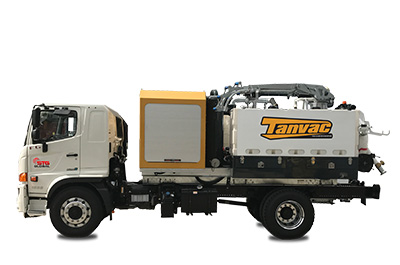 Cable and Pipe Locations (CPL) is based at Coffs Harbour, but does work north to the Queensland border, south to the Hunter region and west to the New England region.
As the name suggests, CPL does service locations but it now does a whole lot more, including vacuum excavation and jetting.

MD and founder Shane Buckley, who has a trade background, prides the business on quality and customer service. CPL is accredited to AS5488–2013 (Classification of Subsurface Utility Information), is a member of the National Utility Locating Contractors Association (NULCA), works closely with Dial Before You Dig, does work for Telstra, Optus and Nextgen as well as regional councils, and has vehicles fitted to meet mine site requirements.

The move into vacuum excavation was in response to a Telstra requirement for non-destructive excavation methods when working close to services.

One vacuum truck became two within 12 months, and three within 18 months. The fleet now stands at four units, after one has been retired. One unit is fitted to a 4×4 truck for off road work, and trucks fitted with a jetter are also used for cleaning pipes and culverts.

Shane attributes the number of upgrade projects on the Pacific Highway with creating a high level of current demand, but is conscious of the need to continue to service the needs of local customers who will still be there when the highway work reduces.

Recently CPL purchased a Tanvac HDV3000 3000-litre vacuum excavator from STG Global. Considerable thought went into this purchase, given that a previous purchase from another supplier had an issue with extremely late delivery. This meant that a deposit was tied up for an extended period, a lease was being paid on a truck that could not earn because it did not have a working body, and the business had one less machine than it needed to service customers.

Shane visited the STG factory at Coomera (new Head Office now at Ormeau) and was immediately impressed with the quality of the Tanvac unit, particularly the hot dip galvanising of the chassis and spoil tank. To date, Shane has retired the vacuum excavator body when the host truck reaches the end of its five-year lease, as the cost of restoring it to a condition to operate reliably on a new vehicle has been prohibitive.

Based on his assessment of the galvanising and finish of the Tanvac body, Shane believes that this unit is capable of a second life on a replacement vehicle. It is not just the bodywork but also the use of quality components, such as Caterpillar engines and Gardner Denver compressors, that contributed to this assessment.

Given Shane’s previous experience with suppliers, he gave Craig an unsolicited endorsement by saying that, “He followed through on what he said he would do.”

STG Global also impressed Shane with its “proactive retrofit to further improve” the Tanvac unit. Work was done out of hours so that customer service was not disrupted, and Shane also got the STG fitter to do log book services on his other vacuum trucks at the same time.

CPL uses Fuso trucks as they have local dealer support, but STG will fit its bodies (which also include water, fitter, service and fuel applications) to any suitable chassis. Tanvac units are also available in 4500, 6000 and 8000 litre spoil tank sizes, and have a jetter option.